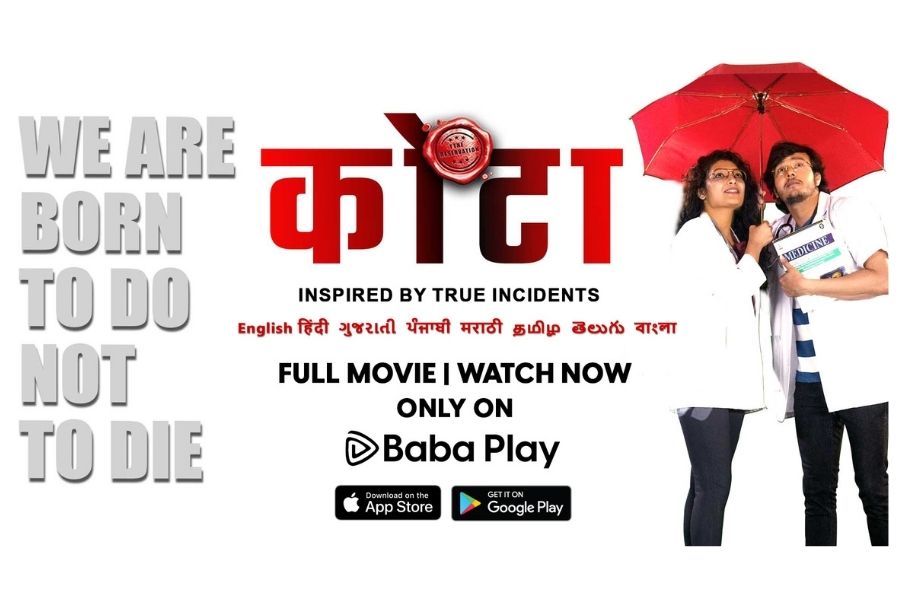 Mumbai, May 2: With his film Quota- The Reservation’ on the brink of release, noted director Sanjiv Jaiswal’s earlier film Shudra: The Rising based on the Dalit community has caught the audience’s attention again. It is being widely discussed on social media as one of the rare, well-made films on caste and community. To commemorate this, Shudra: The Rising has been released again in seven languages i.e Hindi, English, Tamil, Gujrati, Punjabi, Telugu and Marathi on Baba Play OTT App.

Interestingly his upcoming movie is also based on the Dalit community and will release on Baba Play OTT App in 7 languages i.e. Hindi, Marathi, Punjabi, Tamil, Telugu, Gujarati and Bengali.

The earlier film, Shudra The Rising, told a unique fictional story that revealed caste evils and injustice faced by Dalits in society. This newfound interest in Shudra can also be attributed to the great positive response Jaiswal’s latest film Quota The Reservation, is receiving.

Based on true incidents, the upcoming film captures the tremendous injustice faced by Dalit students due to casteism in premiere institutions. It is a tribute in memory of the precious lives of Rohith Vemula, Payal Tadvi and many such students who committed suicide due to these sufferings.

When asked how he feels about people being curious about Shudra: The Rising again, the director says, “We faced great difficulties in making and releasing the film, but even back then, it received great audience support and appreciation. I feel the reason it is being discussed again is a clear indication that our audience today is hungry to know more untold stories of communities and injustice. It is the need of the day today and as filmmakers, it is a call for us to pick up the mantle”. Jaiswal is well known for producing the Shilpa Shetty and Manoj Bajpai starrer Fareb, Manisha Koirala starrer Anwar and has written and directed Pranaam featuring Atul Kulkarni and Rajeev Khandelwal. He received the Best Director’s Award at Dada Saheb Film Festival for Shudra-The Rising.

He added  “To make such films is not an easy task. Right from the first stage of research which needs to be accurate and in-depth, to the point of the film’s release, every stage is a battle and a huge risk for everyone involved. But the process has made my resolve to tell stories like this stronger. Even if a small shift happens in society or in a mindset because of the film,  that is my greatest reward!”

His latest film Quota-The Reservation did not get theatre screens to release. The movie has kept viewers hooked with its intensity right from the trailer release and has received great praise from the Dalit community. “We are confident about the subject we have picked and the need for it to have a voice. Nowadays, we are blessed with OTT where you can reach a wider audience. It is an absolute honour to release our film ‘Quota- The Reservation’ on Baba Play OTT App” Baba Play is an OTT platform dedicated to Baba Saheb Ambedkar, with the goal of spreading Baba Saheb’s ideas throughout the world via movies, web series and music. Written, directed and produced by Sanjiv Jaiswal, the movie has already received great accolades and applause in the global award circuit. It bagged wins at London Independent Film Awards and Europe Film Festival while receiving official selections at Cannes World Film Festival among many other prestigious awards.

www.onemoretime.in- A new go-to for all movie-buffs to get their favourite films re-released